I just watched the most discouraging competition of my life in WAG, the AA.  Maybe the team competition yesterday was better – I didn’t watch – but the AA left me dead cold.  The highlight was an energetic floor routine from Jordan Chiles.  The rest was complete and utter baloney.  The standard of vault has improved, but elsewhere there were falls aplenty (in fact the only gymnast to go four for four was Ellie Seitz, who finished second).  Beam routines lacked any fluidity and were almost all staccato, stuttering shambles.  The standard of tumbling on floor was fairly good, but choreographically the routines were empty.  Where did split leaps go?  When did bouncing on the spot take their place?  When did shuffling while pathetically waving wrists about or wiggling hips and shoulders semi-suggestively qualify as connections?  When did it become OK to fudge half hearted leaps into the corner of the floor mat, as if no one would notice?

In the end, no one will notice, because they will stop watching … The only way of differentiating this field was by difficulty, which left Seitz in second place despite her being the only gymnast to live up to her potential.
Poor Melnikova says she was trying out upgrades today, suggesting that explained the fact that her only strong piece was vault.   She is determined and works hard, but the first error (in this case on bars) always leads to subsequent ones.  Without the meltdown she would easily have won this competition, but then there was a collective meltdown across the whole cohort.  Perhaps it is a kind of moral breakdown of the sport after so much dirt has been thrown at it in the wake of the Nassar Affair.
Is it time for the FIG to lower the bar, to make room for good execution, to remove the incentives to increase difficulty?  To reduce the importance of the D score and increase the weighting of the E score?  Or is this just an anomaly?  MAG seems to go from strength to strength.
Do you agree that WAG has lost its zizz?  Please comment. 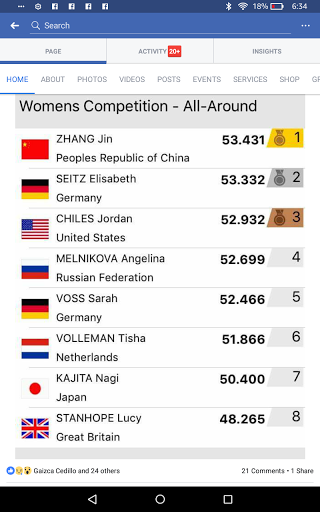 The arrogance of the 2021 wanna be, past Olympians is astounding to me.

Soccer Tips: Must Watch Soccer Tips For Every Player